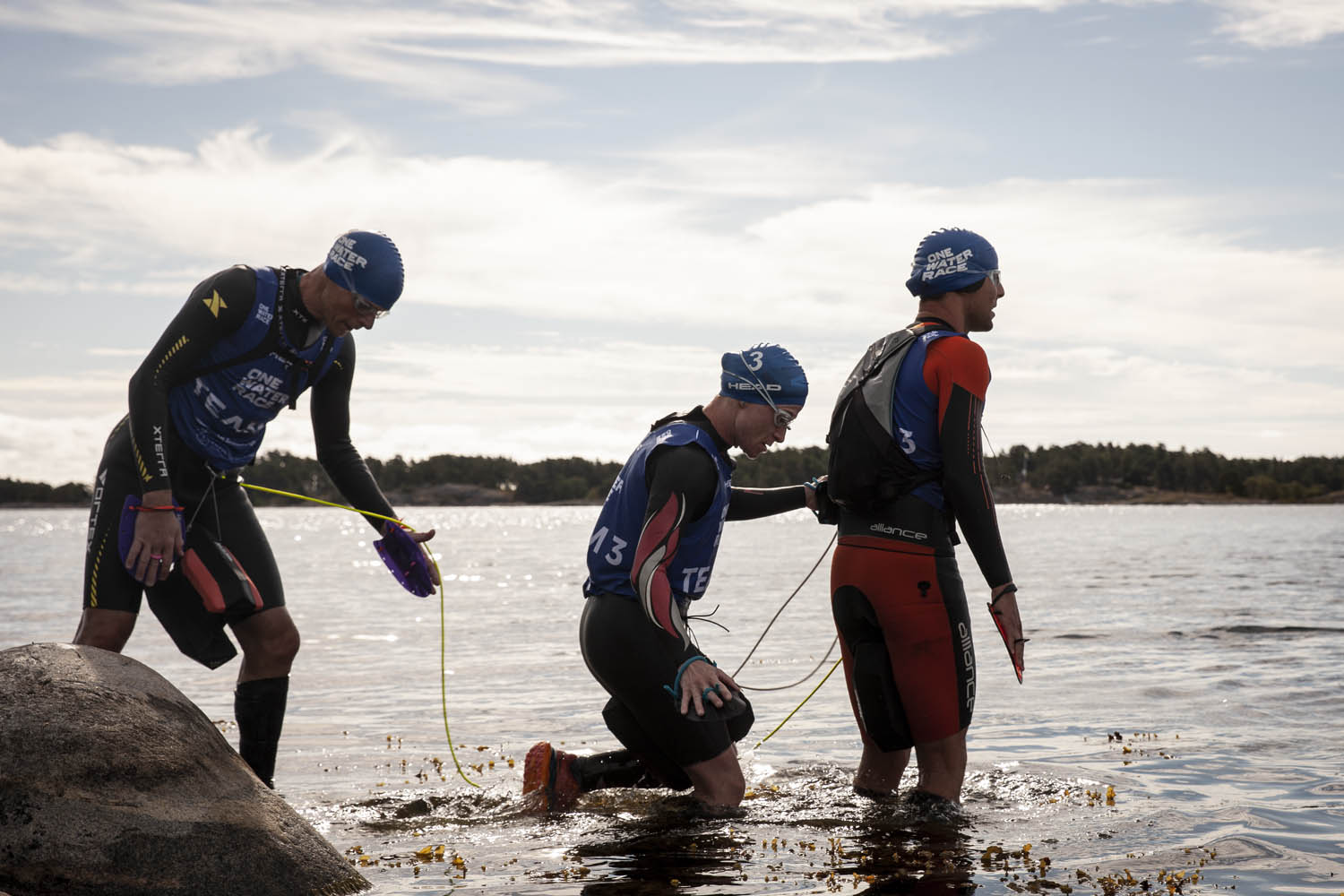 First of all, we were blown away by the entire experience. The events leading up to the race like the unveiling of team videos in Stockholm and the two nights at Arholma Nord were so well done and really added to our enjoyment of the week. But this recap will focus on the actual race itself.

The race really felt like it began when all the teams received the maps at 6:15am on Tuesday morning. Our team, led by our two main navigators Jason and Tim, went to our cabin to review the first set of maps and come up with an initial route. We decided to go with a “swim a long straight line” strategy for the first section of the race because of a couple reasons: 1) we wanted to test out a long swim (about 3.5k) and see if the water temperature was going to be okay for us, 2) we wanted to get some information about our swim pace to inform future route decisions, and 3) we thought that our water/land transitions were really slow so we wanted to skip a bunch of transitions if we could. With this strategy, we immediately separated from most teams, choosing to swim 3.5k straight off the southern tip of Arholma while most others took more of an island-hopping approach. 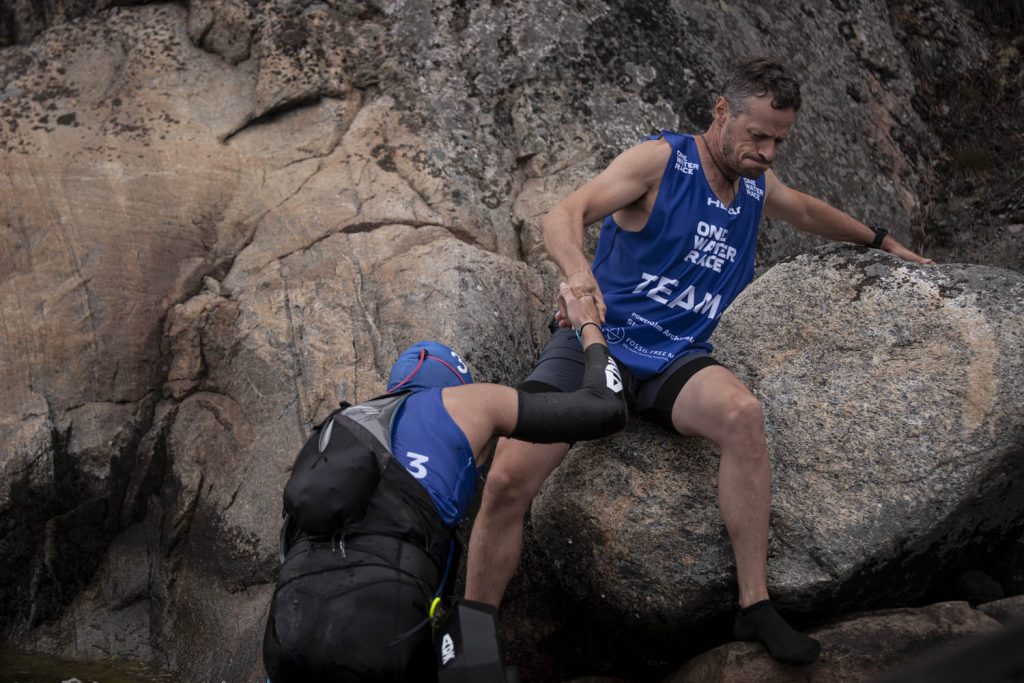 Overall, I would say our spirits were high throughout this first morning and day. The sky was a bit overcast and we were finding our rhythm swimrunning through the archipelago. Shortly after checkpoint 3 on Blidö, we did a 20k land section on Yxlan that was entirely on roads and trails and we made great time through that, covering ground quickly and efficiently. We didn’t see any other teams all day until the end of the day, when we saw Team 1 coming up behind us near sunset. They passed us on a long swim near dark and despite our team’s stated intentions of not getting into a race with anyone this early into the event (still on the first day!) we all felt our competitive spirits start to burn. As night fell and a light rain began, our team was cold and we decided to change wetsuits to our warmer options. We did this on a rocky ledge above the water, Jason helping us slip into our wetsuits as we shivered and struggled to get our wetsuits onto our already-wet skin.

After this wetsuit exchange and Team 1 sighting, we began a series of short swimruns with a new sense of purpose. Jason had figured out that we slowed down if we had to swim more than about 1k and had planned a route that involved shorter swims and runs for us. We got into a rhythm and began to cover ground efficiently through the night. Another memorable section of the first night was a large bushwhacking/navigation challenge for Tim. The islands Hemō, Bockö and Storö seemed to have no roads or paths but were large and wild islands that we had to pass through. Tim navigated us through perfectly, bouncing back and forth between known terrain features (although I think we lost our camera runner, Oscar, on these islands because we swam/waded across a couple small channels that he couldn’t cross with the camera gear). I believe later into this night was where we put some distance between us and Team 1. They had passed us at the start of the night but I think we passed them back and made up ground as we found our rhythm of swimrunning throughout the late night and early morning. 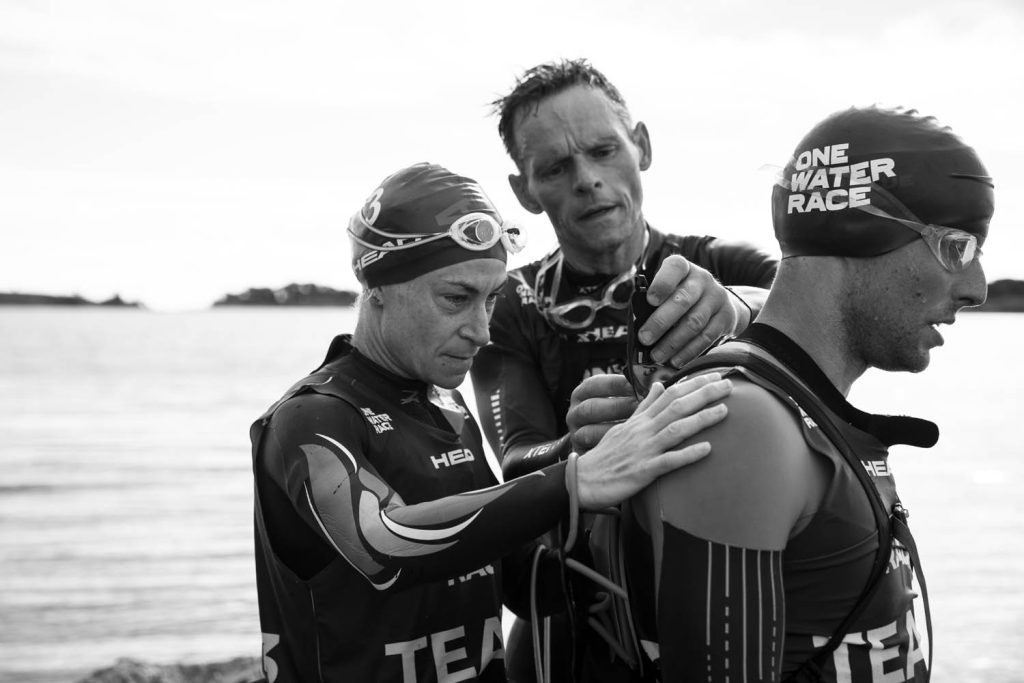 When the sun rose on Wednesday, it was a beautiful, cloudless day in the archipelago. Our biggest issue at this point was that our shoulders were starting to hurt from swimming so much. Tim and I felt like we had slight rotator cuff strains in each of our left shoulders so we were sort of dreading each long swim at this point. As day two unfolded and we passed the 24-hour mark on the course, our team began to battle some sleep deprivation issues. There was some slurred speech and slow reactions to questions, but Tim amazingly never made any navigation mistakes at all, despite the sleep deprivation. As the afternoon approached, we were deciding whether or not to sleep. We thought it would be too cold to sleep after night fell but we also wanted to cover as much ground in the daylight as possible since we would make slower time at night. In the end, we decided to take a 20-minute nap. It didn’t feel like I was able to get any sleep, my body was still buzzing from adrenaline, but it was nice to relax for 20 minutes and my teammates seemed rejuvenated from the quick sleep. 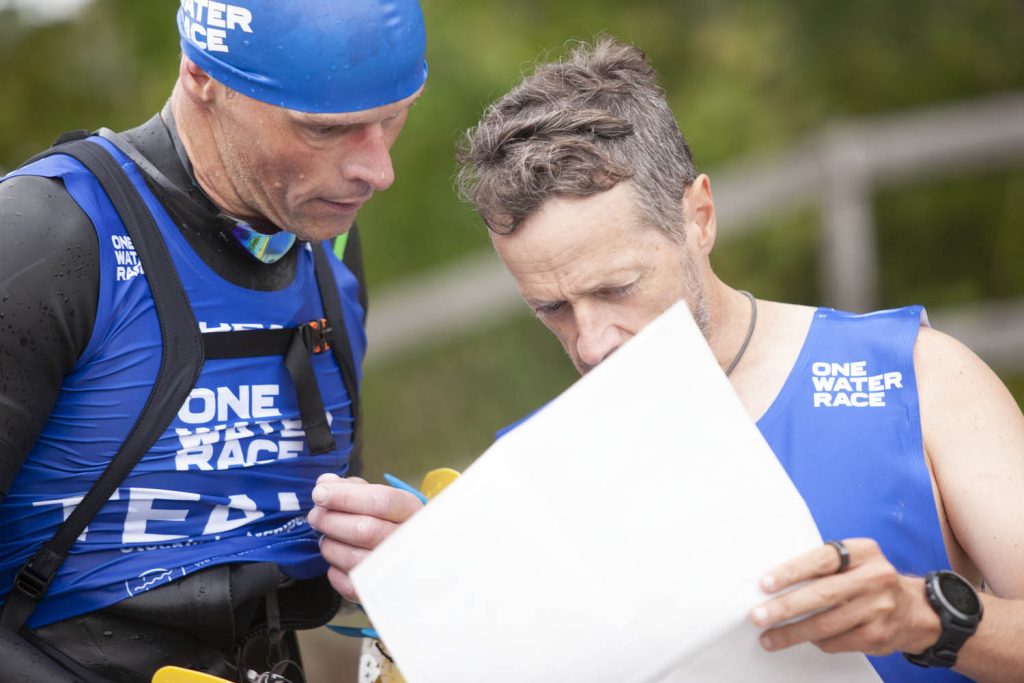 As sunset fell, we had a series of long swims that we wanted to get in while the wind was in our favor. There was a strong wind blowing from the northeast, helping us swim southwest so we set out on a series of 1k+ swims. The wind was noticeably in our favor but the waves it was creating were making it hard for me to sight in the water. A couple of these swims were embarrassingly off-course; I’m glad our tracker was working at this point. On one of these, I ended up going to an entirely different island than intended and Jason had to adjust our route. Whoops.

Once true darkness fell, our swims actually became easier because we could now use the stars to sight rather than trying to look at the islands above the waves. We began swimming a bit straighter into the night. We spent the second night continuing to push, knowing that we were going to be close to making the 50-hour cutoff mark the next morning. This night seemed much colder than the first. On many of the islands we covered on land, there seemed to be really cold patches of air, especially near marshes and in valleys. These cold patches left us colder on land than in the water at some points. We also were starting to get slower at land/water transitions just from sleep deprivation and were getting colder every time we stood still like this. 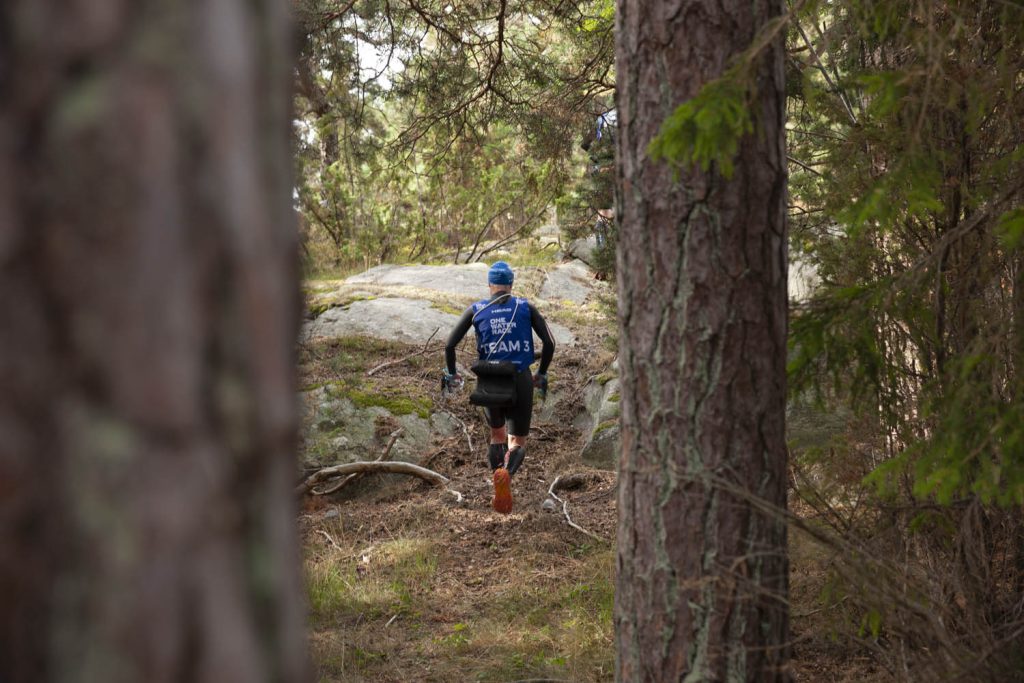 Even with these difficulties, we continued to push and were on track to make our cutoff. We hit the island of Utö as the sun began to rise, and knew we had a nice, gentle 10k on gravel roads to get to checkpoint 11. Immediately in this 10k, however, the wheels began to come off. Renee was having trouble warming up and Tim gave his coats to her to help out. We were no longer able to run for very long continuous stretches as people’s legs were starting to give out. This 10k that on day one would have taken us less than an hour ended up taking over three hours in the end. We arrived at the southern end of the island to a white sand beach where checkpoint 11 was waiting for us. We had made the time cutoff but were struggling to make forward progress.

On this beautiful beach on Utö, we decided to sleep for 90 minutes and then make a decision about pushing forward or not. After 90 minutes of rest, we had a team discussion and decided to retire from the race here. It was a sad, tough decision and we were certainly not satisfied with not finishing but we were still proud of our performance as a team to make it this far. Thus our journey ended on the swimrun mecca of Utö.

Looking back at our race now, we are honored to have been a part of this experience. This race challenged our potential while showcasing the amazing beauty and ruggedness of the Stockholm Archipelago. It served as a reminder to us of how special our waters are and how important it is to protect them, even if the work to do so might seem impossible at the outset. The race served as true proof of the remarkable human capacity for what we can achieve when we work together and take one step (or stroke) at a time. We leave this experience inspired and hungry to tackle future challenges, both in our racing and in the fight to protect our planet. 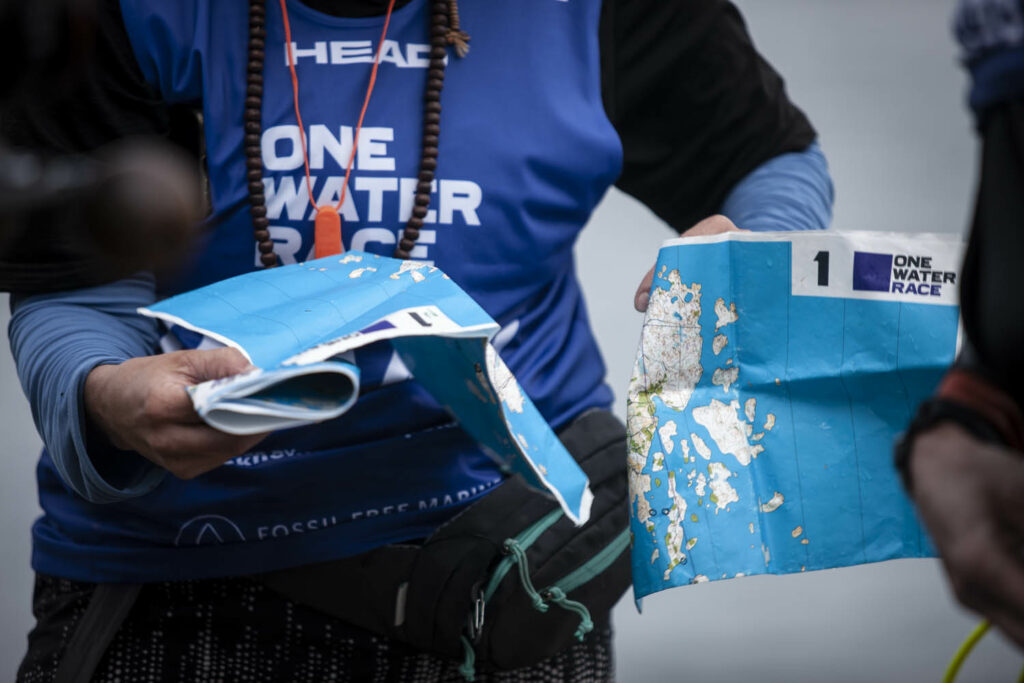 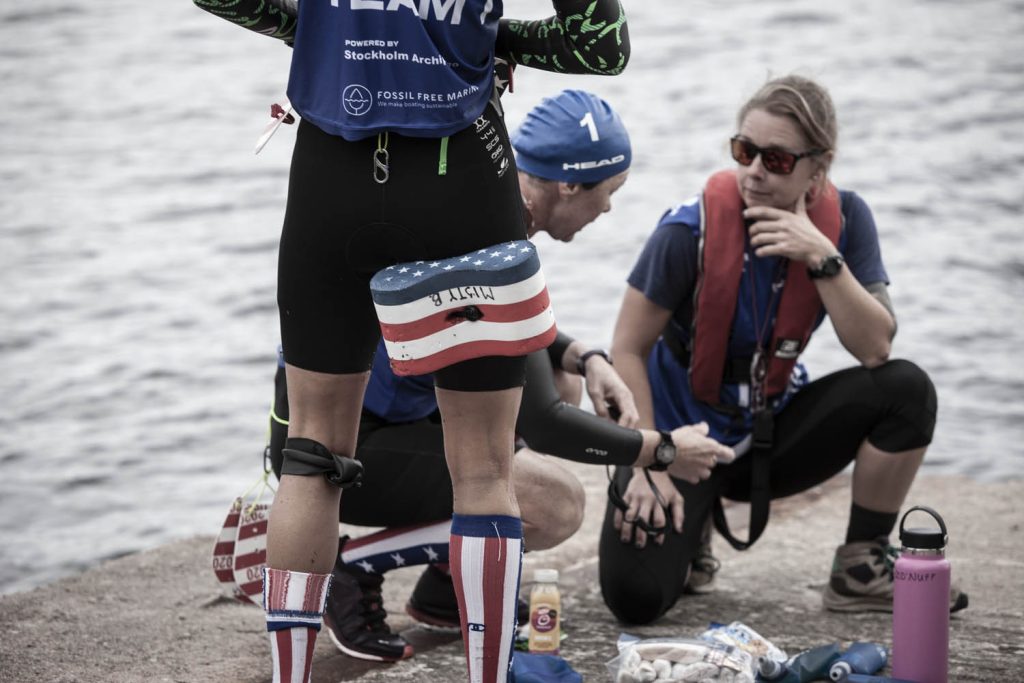 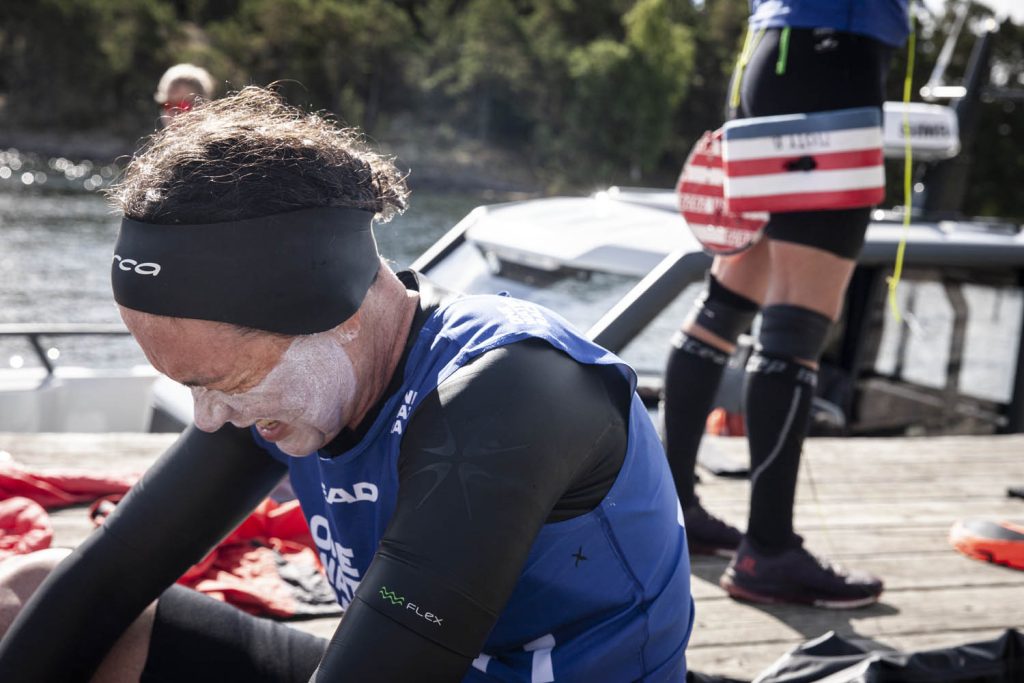 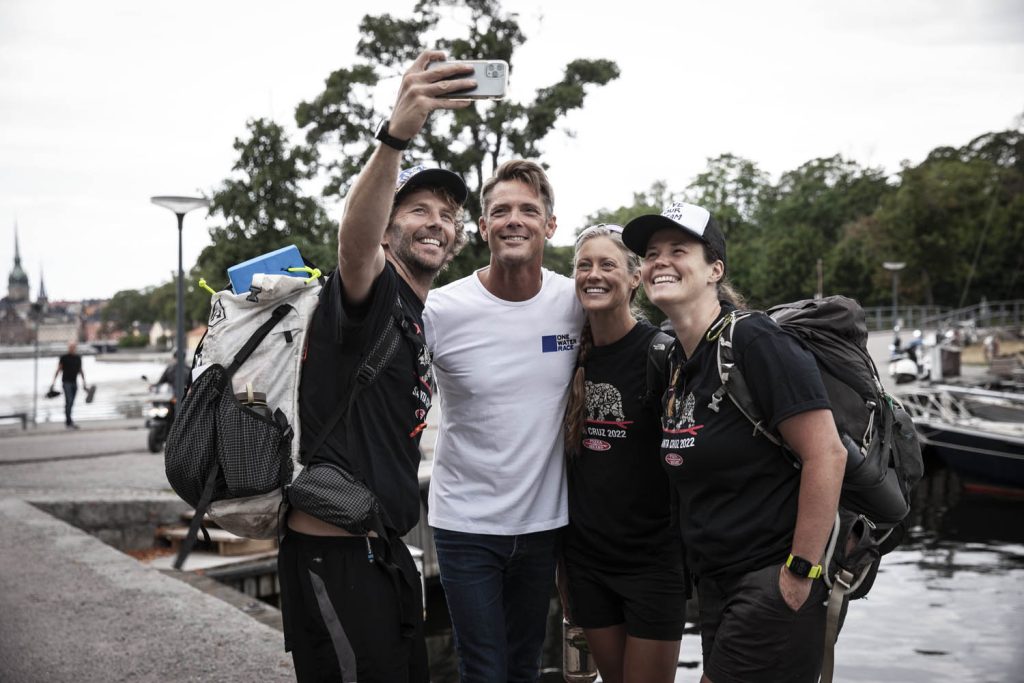 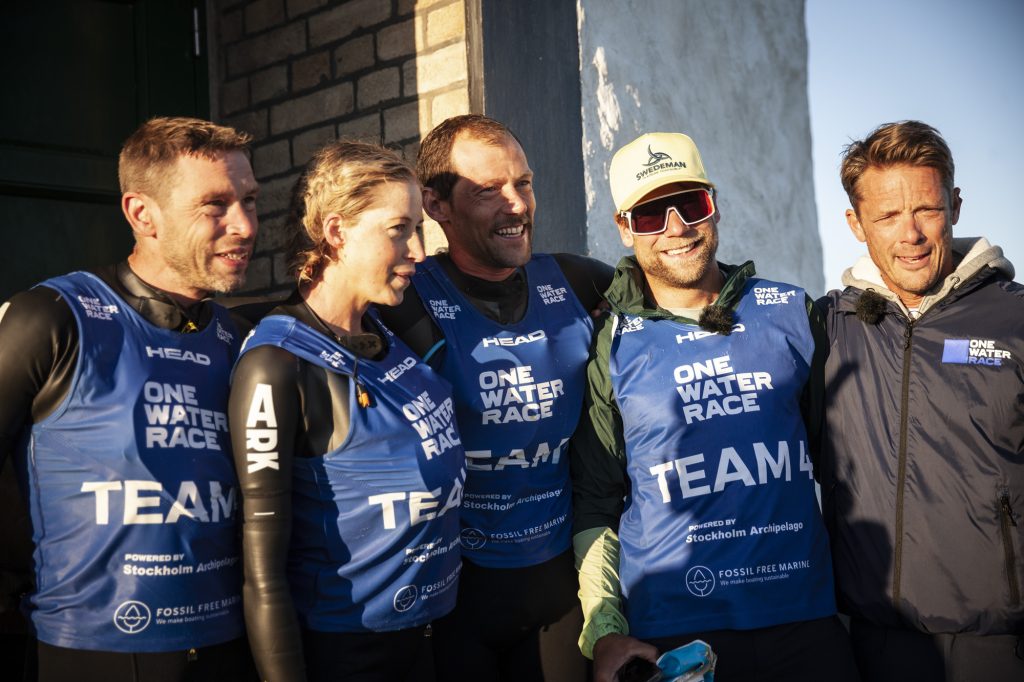 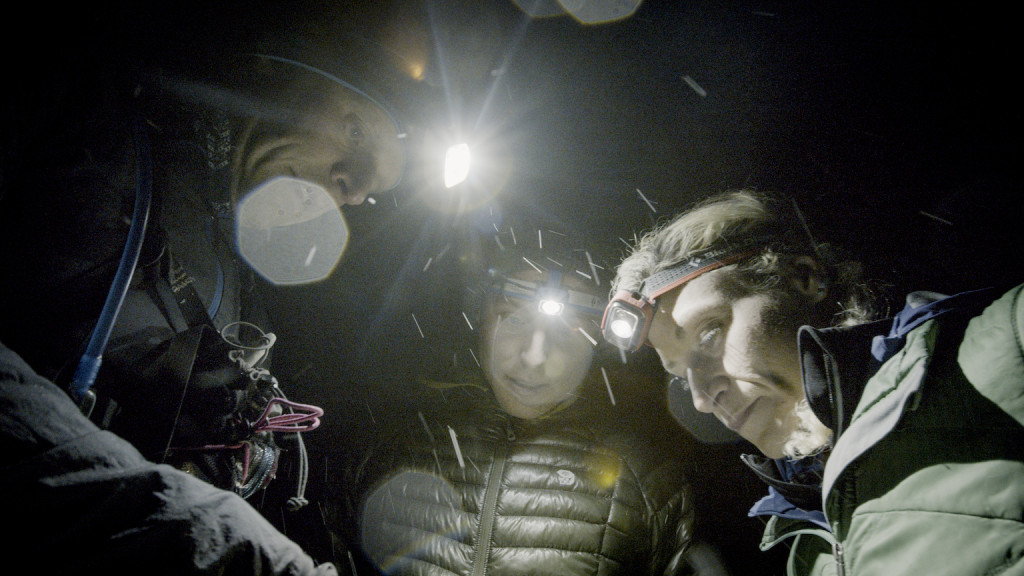 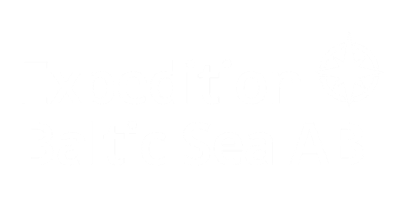 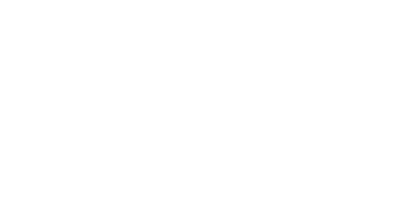 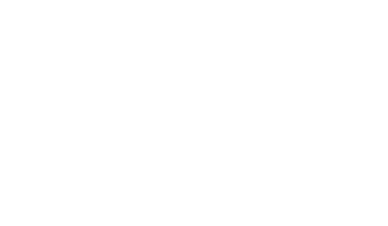